Milan normally experiences a Mediterranean climate with winters getting wet and cold, while summers are sweaty and hot. This categorization is known as (Cfa) as per the Köppen climate classification.

Metropolitan cities experience a 2-3 degree higher rise in temperature than in normality due to the urban heat island syndrome. A Milanese may experience an average temperature of +4 degree Celsius to +6 degree Celsius in January, which could heat up in between 15 to 28 degree Celsius in July. Snowfalls, a common happening in Milan, has decreased in the last 15-20 years due to the effects of Global Warming. The average snowfall during winter could pendulum between 30 to 40 cms. The greatest snowfall ever was recorded in January 1985 which was about 100 cms. The city’s climate which was mainly distinguished by its fog, due to the Po Basin effect has reduced considerably in the recent years due to lessened pollution and global warming.

Milan is snuggled up in the lower plains of the Padana in the west-central Lombardy region of Italy. The rivers of Ticino, Po and Adda are an integral part of Milan’s province which is the first releases of the alpines. Milan occupied a total area of 181 sq.kms with a sea level rise of 122 mtrs. The Milan city and metropolitan areas form the core industrial principal towns in Italy. 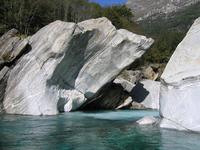 Average Precipitation per month in Milan:

Average temperature per month in Milan: